I am currently writing on the ‘therapeutic alliance’ – its relation to mindfulness, psychotherapy, understanding, and ‘being listened to…’   What follows is an interesting article that I came across that may interest some of you…

Have you ever tried to change the way you do something? It could be anything — the way you hold your tennis racket, blow into a flute, meditate — you name it. If so, think about that experience. No matter how motivated you were to change, and no matter how much you knew that it would help your serve, musicality, or sense of inner peace, it can be difficult and scary to change even the smallest thing. In order to change, you have to give up your old way of doing something first and then try the new way. That means that for a while you’re in a free fall — you no longer have your old habit to rely on and you don’t yet have the new one.

The anxiety of trying to change something as complex and entrenched as how you relate to people close to you or manage stress takes the feeling to a whole new level. Yet, that’s just what you do when you enter psychotherapy. Just as you had to put yourself into the hand of your teachers and coaches, in therapy you need to gradually do just that with your therapist to help you through what can be a harrowing adventure. The foundation for therapy is called the therapeutic alliance (1, 2). When it’s there, you know that your therapist is there to help you, no matter how hard the going gets. 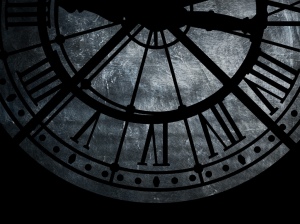 When a psychiatrist meets people at a party and reveals what he or she does for a living, two responses are typical. People either say, ‘I’d better be careful what I say around you,’ and then clam up, or they say, ‘I could talk to you for hours,’ and then launch into a litany of complaints and diagnostic questions, usually about one or another family member, in-law, co-worker, or other acquaintance. It seems that people are quick to acknowledge the ubiquity of those who might benefit from a psychiatrist’s attention, while expressing a deep reluctance ever to seek it out themselves…

…While a continuous view of mental illness probably reflects underlying reality, it inevitably results in grey areas where ‘caseness’ (whether someone does or does not have a mental disorder) must be decided based on judgment calls made by experienced clinicians. In psychiatry, those calls usually depend on whether a patient’s complaints are associated with significant distress or impaired functioning. Unlike medical disorders where morbidity is often determined by physical limitations or the threat of impending death, the distress and disruption of social functioning associated with mental illness can be fairly subjective. Even those on the softer, less severe end of the mental illness spectrum can experience considerable suffering and impairment. For example, someone with mild depression might not be on the verge of suicide, but could really be struggling with work due to anxiety and poor concentration. Many people might experience sub-clinical conditions that fall short of the threshold for a mental disorder, but still might benefit from intervention.

“It is advertising and the logic of mass consumerism that governs the depiction of reality in the mass media.” ~Christopher Lasch

As someone with SchizoAffective Disorder, there are certain aspects of socialized living that the SchizoAffected mind is unable to fathom and finds horrifying, terrifying and can result in a psychotic episode. One of such experiences, is spending a day shopping or patronizing too many stores, or running too many errands that can involve customizing too many stores. The Shopping Mall is simply out of the question. Also, the SchizoAffected Mind lives a non-druginduced psychadelic experience daily, as such, exposure to bright, flourescent lights, muzak, commercials playing at subvolume, muted and neuromarketed designs on the floors, ceilings, walls and layout of stores can result in information and sensual overload.

This is my experience of shopping.

The following sound painting (what I call the music/mixes/soundscapes I create) is an attempt to describe and illustrate the internal and psychic experience when I must visit a store. The beginning illustrates the first feelings of anxiety that quickly metamorph into an attempt to squelch the anxiety and just try to get through the act of choosing the items needed in order to exit the store as quickly as possible. As someone who also has Obsessive Compulsive Disorder, I often worry that I will be blamed for shoplifting, even though I have not, which causes me to walk about the store with my hands in my pockets or behind my back or up my shirt sleeves. The middle of the piece illustrates the dreadful feeling that slowly creeps in and the sort of sickly childish feeling of behaving like this, but being unable to stop it (hence the horror-like, chilling childrens’ theme). Once the psychosis begins to set in, the SchizoAffected mind begins to unravel and to shatter at the overload (hence, the noise, experimental music) as the end of the song approaches, and can feel as if the mind is trapped in a twisted game (which brings feelings and thoughts of paranoia).

(If the soundcloud player does not show up in your browser, here is the direct link).

*Image Credit (used with permission through CC license and fair use):
“1964. . . check out the check out!” by James Vaughn

To all appearances, Eleanor Longden was just like every other student, heading to college full of promise and without a care in the world. That was until the voices in her head started talking. Initially innocuous, these internal narrators became increasingly antagonistic and dictatorial, turning her life into a living nightmare. Diagnosed with schizophrenia, hospitalized, drugged, Longden was discarded by a system that didn’t know how to help her. Longden tells the moving tale of her years-long journey back to mental health, and makes the case that it was through learning to listen to her voices that she was able to survive.

Eleanor Longden overcame her diagnosis of schizophrenia to earn a master’s in psychology and demonstrate that the voices in her head were “a sane reaction to insane circumstances.”

“There are few people whom I really love, and still fewer of whom I think well. The more I see of the world, the more am I dissatisfied with it; and every day confirms my belief of the inconsistency of all human characters, and of the little dependence that can be placed on the appearance of either merit or sense.” — Pride and Prejudice by Jane Austen

I begin with this quote to convey the feelings evoked in a recent exchange with a neighbor, one in which surprise (and some horror) was felt during the course of the conversation.  Logic and ‘reasonableness’ had little place in the interchange. I had just been reading a short article that looked at particular German words that gave expression to complex emotional states. An excerpt is as follows:

“Fremdschämen describes embarrassment which is experienced in response to someone else’s actions, but it is markedly different from simply being embarrassed for someone else….Fremdscham (the noun) describes the almost-horror you feel when you notice that somebody is oblivious to how embarrassing they truly are.” Further…”Fremdscham-inducing events…usually cause one to ask this question: “how on earth can these people be unaware of how stupid they are being right now?”.

I invite you to read this short article on the cognitive bias created in the Dunning Kruger effect – an effect that causes one to be unaware of their performance – and their incompetence.

Garden of the Mind

More than a century ago, scientists discovered something usual about how people with schizophrenia move their eyes. The men, psychologist and inventor Raymond Dodge and psychiatrist Allen Diefendorf, were trying out one of Dodge’s inventions: an early incarnation of the modern eye tracker. When they used it on psychiatric patients, they found that most of their subjects with schizophrenia had a funny way of following a moving object with their eyes.

When a healthy person watches a smoothly moving object (say, an airplane crossing the sky), she tracks the plane with a smooth, continuous eye movement to match its displacement. This action is called smooth pursuit. But smooth pursuit isn’t smooth for most patients with schizophrenia. Their eyes often fall behind and they make a series of quick, tiny jerks to catch up or even dart ahead of their target. For the better part of a century, this…

“Naturally I compensated my inner insecurity by an outward show of security, or — to put it better — the defect compensated itself without the intervention of my will. That is, I found myself being guilty and at the same time wishing to be innocent. Somewhere deep in the background I always knew that I was two persons. One was the son of my parents who went to school and was less intelligent, attentive, hard-working, decent, and clean than many other boys. The other was grown up — old, in fact — skeptical, mistrustful, remote from the world of men, but close to nature, the earth, the sun, the moon, the weather, all living creatures, and above all close to the night, to dreams, and to whatever “God” worked directly in him.” (p. 44, The Red Book by Carl Jung)

“On the contrary, it is played out in every individual. In my life No. 2 has been of prime importance, and I have always tried to make room for anything that wanted to come from within. He is a typical figure, but he is perceived only by the very few. Most people’s conscious understanding is not sufficient to realize that he is also what they are.” (p. 45, The Red Book by Carl Jung)

Laura K. Kerr, Ph.D. wrote an incredible blog post about The Red Book by Carl Jung, read the rest of the article. . . on her blog, Trauma’s Labyrinth.

“From a neuroscience perspective, amnesia in the absence of brain damage can be partially explained in biochemical terms. Stress causes a chemical reaction that affects regions of the brain responsible for memory. With repeated overwhelming stress, neurotransmitters and stress hormones are released in the brain in such excess quantity that they can adversely affect portions of the brain responsible for emotional memories as well as other kinds of memory.” p. 33, The Wandering Mind: Understanding Dissociation from Daydreaming to Disorders by John A Biever, M.D. and Maryann Karinch.