the blog of Kites Trust, an organisation that promotes equal citizenship for people who experience distress.
Standard

As a child, I was eager and curious about the world and my place in it. I was sensitive to my environment. Sometimes it was harsh; we moved often, from air force base to air force base. I seemed to handle it, making friends easily enough. But inside I was sad and unhappy.

At about seven years old, I shut down to protect myself. Nobody knew, but I felt it. I felt locked in a dark place. The disconnection was a rupture of some magnitude that lay in wait for its time. My teenage years were a minefield of anxiety. Obsessed with suicide and darkness, my fifth form research assignment topic was suicide.

Ten years later I had two young sons and felt fragile and child-like. I hid my vulnerability  from the world. I wore a mask at all times. But I needed help. Buddhism was the first thing that came to mind. I didn’t know anything about it, but looked in the Yellow Pages. There were about 10 listings. I didn’t know the difference or how to choose.

A few days later, I rang the GP instead. I told him I was extremely stressed. He told me about private specialists that I couldn’t afford. He told me about the free public mental health system with its six-week waiting list. He put me on it and gave me a prescription for antidepressants. Soon after, my world shattered. In a blur, I was in respite via the police station and emergency department. After a few days in respite, I went home to find a letter from the mental health service. I now had a support worker.

I met new people, women with experiences like mine who supported me during my trial in the family court, as the psychiatrists and psychologists stripped layers off me. As my life was ripped apart, as the judge told me I had lost custody of my children, as I fell sobbing into the arms of my friend outside the courtroom, something inside whispered I would be okay. I learned of a programme based on experiences like mine, educating people about discrimination.

At the speaker’s training, I met a woman who spoke of her Buddhist practice. I found what I had been looking for two years earlier, and began practising Nichiren Buddhism in 2004. Discrimination, of self and others, is a denial of the degree to which each individual existence is linked and connected with all others. Looking back to before my mental health crisis,  it’s hard to define when the ‘breakdown’ began. I’d never felt fully alive. I was confused, all the time.

Afterwards, it was like a breakthrough. As I put myself back together, piece by piece, the glue holding it all together came from something larger than my individual self. It was as if, in the darkness, I had gone back to the source of life, which gave me light, Nam-myoho-renge-kyo (http://www.sgi.org/buddhism/sgis-buddhist-practice/nammyoho-renge-kyo.html).

Now, I share my struggles so that anyone else needing hope may find it through my example. Meeting like-minded people through my Buddhist practice, in my work, and the wider community has kept me inspired.  Sharing experiences is a fundamental element of friendship, which in turn builds community and maintains wellbeing. By sharing mine, I have been able to contribute to a community I am part of, one that values the people  within it.

This goes beyond keeping me ‘well’; it gives me a reason to live, and makes me very happy. Strong relationships with my sons, other family members, and friends are vital to me. I learn a lot from my struggles, they teach me so much, and I try to pay it forward as much as possible in my daily life. My Buddhist faith is at the basis of everything for me, faith equals daily life. 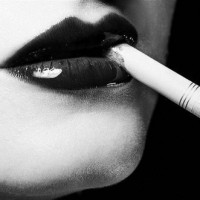 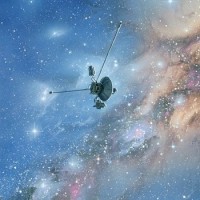 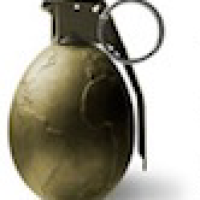 A Place to find peace, joy and care for yourself.

It's all about the backstory

Espen Stenersrød- From Pen To Heart

Jack Kerouac with a scent of Henry Vaughn

Madness, Magic, and the Writing of my Memoir - What's Broken, What's Breaking Down

simply my fashion, my beauty...simply whatever comes to mind!

Reflections from a higher education teacher

Collect your thoughts. One day they may be indispensable. :)