It is not easy when we know that doing good deeds is needed, at the same time as the media point to a lot of problems with giving money to charity and the like. Sometimes we simply do not WHAT to do, and don`t have the time for finding the necessary information to take action.

So, what about making a list over small things one can do for others? I have made such a list, with stories in between, and divided it into different blog posts, so that it won`t be informational overload.

1. This girl donates her hair for people with cancer.

In the next few weeks, I will cut off 8-12 inches of my hair and donate it to Pantene Beautiful Lengths. This is an amazing cause where women grow strong, together. Check back for pictures by summer’s end. I originally donated my hair to honor CMD who was diagnosed with spinal cancer when I was in high school. This will be my third time donating to Pantene Beautiful Lengths and it is my way of changing someone’s life, for the better. At the end of the day, it doesn’t matter how much hair I have or how I look without it. What matters is that someone is benefiting from the wig that my hair contributed to and feeling beautiful again (http://jhemway.wordpress.com/2013/07/01/10-change-someones-life-for-the-better/).@ 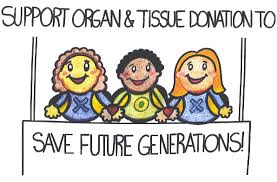 Small Changes Which Can Make a Big Difference

Set Your Alarm Half an Hour Earlier

The next tips by Ali Hale

There’s never enough time in the day – especially when you want to start something new. Maybe you’d love to write a novel, take up exercise, or have time to pray or meditate.

simply setting your alarm half an hour earlier? An extra 30 minutes in the morning, before you go out to work, could make all the difference. Write a plan about how you can do something good for someone that day. If 30 minutes is to rough, get up 15 min. before

One of the simplest tricks for drinking more water is to keep a bottle of it on your desk. It’s easy to take a swig regularly if you’ve got water in arm’s reach – and if you keep the cap on the bottle, there’s no chance of a spillage.

Hide the Television Remote (and Keep a Book by the Couch)

There’s nothing wrong with watching television. But for many of us, the TV becomes a default activity. It’s all too easy to come home, slump on the couch, and reach straight for the remote without even thinking. Increasing knowledge really can help you become more aware and conscious, which in return will make you more able to think for yourself

If that’s a habit you’re trying to break, put the remote somewhere else. Hide it in a cupboard or on a high shelf. That way, you’ll have to make a real decision to watch television.

You can go even further with this by putting a book that you want to read, or something else you want to get on with, next to the couch.

1. Say “Good morning” to a person standing next to you in the elevator.
2. Put a coin in an expired meter.
3. Help a mother carry her baby stroller up the subway stairs, or hold a door open for her. Read more: http://www.oprah.com/spirit/35-Little-Acts-of-Kindness#ixzz2XoULqvjz
4. Pay the toll for the driver behind you.

5. Vote. While the Presidential election comes around only once every four years, elections happen every year. Check out the candidates for local and state elections.

6. Encourage your employer to sponsor local events, join a civic organization or allow employees to volunteer during work hours. Many businesses have volunteer programs to reward employees for volunteering. Local news

Switch Your Light Bulbs for Energy-Saving Ones

Suffering eco-guilt? A lot of us want to do our bit for the planet – but we don’t know where to start. One of the simplest steps is to switch all your standard light bulbs for energy-saving ones. It’s not only much better for the environment, it’ll also save you money on your electric bill.

Be a good example!

(http://www.thechangeblog.com/gratitude)  Last year millions of people took the challenge proposed by Will Bowen, a Kansas City minister, to go 21 days without complaining, criticizing, or gossiping. To help condition the participants to stop complaining, they each wore a purple No-Complaint wristband. Several authors in the self-improvement genre have suggested that people do something similar to help condition themselves to be constantly aware of the things in life that they’re grateful for.