This video changed my life.

It struck home for me. It showed me a perspective I had, it challenged it and tore it down.

In my culture, to be a viable/normal citizen, you go to school, go to uni, get a 9 to 5 job, get married, have kids, and climb the ladder at work. I never questioned this. Never.

I loved school in terms of the learning side of it. I enjoyed doing homework. I knew I was going to go to uni from the moment I went to primary school. All of school and uni was there so I could get a 9 to 5 job. I’d get married and have kids in there somewhere, then retire after being in the same job for my whole life.

Until I saw the video.

At the time I saw the video, I’d already had three jobs (none of which I wanted to stay in), I’d never been on a date, and clearly there were no kids. At the time I saw the video, I thought I was a failure at life. I thought I wasn’t a viable citizen and people would look down on me for it. I was chasing after the things my culture told me to chase, and I felt like it was all a hoax.

The video showed me it was a hoax, and it gave me permission to not go after something I didn’t know if I even wanted. I’ve realized that I actually probably don’t want kids. If I met the right person and they wanted kids, sure I’m open to the idea. But I’m not even sure I care if I get married or not anymore. Single life is pretty good.

Professor Robert Sapolsky finishes his lecture on language and then dives into his discussion about schizophrenia. He discusses environmental factors as well as genetic characteristics that could apply to people who are affected. He describes schizophrenia as a disease of thought disorder and inappropriate emotional attributes. [quoted from the description box beneath the video]

Some things speak for themselves:

One of the reasons I started this blog, was from my personal experiences of starting to read psychology and the dawning realization that much of what I learned, would have made my life very different had I known what the books told me, much earlier. One of the things I really loved, was the memory techniques. Why did we not learn this at school? Already in first class? In finland they have a school system that actually have started to apply principles from psychology. They don`t focus on rote repetition, but on meaningful learning. But many countries have much to learn when it comes to school. Last fall we had a course with the «memory expert» from Norway, called Oddbjørn By. He talked about the method of loci, and told us the tricks. He made learning and memory fun, and I think life should be more about enjoying learning than making it a drag. I want to present a TED-talk that presents the method of loci, and the concept of «elaborate learning». I think we all are eager to learn and explore, but sometimes this thirst is quenched. I like this talk, since it inspires and give hope!

Joshua Foer: Feats of Memory Anyone Can Do

There are people who can quickly memorize lists of thousands of numbers, the order of all the cards in a deck (or ten!), and much more. Science writer Joshua Foer describes the technique — called the memory palace – and shows off its most remarkable feature: Anyone can learn how to use it. Including you!

Joshua Foer is a science writer who ‘accidentally’ won the U.S. Memory Championship. His writing has appeared in National Geographic, Slate, the New York Times, and other publications. He is the co-founder of the Atlas Obscura, an online guide to the world’s wonders and curiosities, and is also the co-founder of the design competition Sukkah City.

Alex hosts the show.  We have both been working everyday, amazed at where this is taking us.  Alex, at 70 has changed drastically.  He was a perfectionist, rigid, clinging to thinking and fighting to be able to control life.

He used to worry, thinking about all the ways to please others, so many obligations, no time left for him.  Searching for the self-worth, that a child has hidden away from his constant search, he was lost.  Now, he has gained flexibility, a curiosity for the unknown and the focus to let go.

Practice, so you can let go too.

Test your ability to keep your attention.

You will watch a brief video clip, and your chal­lenge is to count the total num­ber of times that the bas­ket­balls change hands

You can read about the fas­ci­nat­ing results here.

How I became an alcoholic – video

Amanda Simoes, a recovering alcoholic, discusses how she developed her addiction. Despite a fall in the number of alcohol-related deaths in England and Scotland, deaths of women in their 30s and 40s are rising, according to a new study. Simoes, who worked in public relations from the age of 18, says she started drinking to fit in at work

College classes begin in five or six weeks. How do you prepare for college if you have a mental illness?

These brave and articulate Leeds University students share their experience of coping with mental illness during their college years. Really interesting talk about how language shape society. From the talk: “Men have been erased in the discussion that is centrally is about men abuse women”. This talk is so important, now that the WHO revealed that one in three women experience sexual or physical violence — most likely from their intimate partner. Why do so many adult men abuse young girls and women all over the country and the world?

The report, called the first of its kind, estimates the global toll of such violence on women at 35.6%. In a statement, Dr. Margaret Chan, the director-general of WHO, described it as a “global health problem of epidemic proportions.”

“We need more men who have courage to stand up and say something about this stuff. We live in this world together”.
When factoring in non-partner violence, authors found that 45.6% of females in Africa had experienced abuse. Southeast Asia followed with 40.2%.
Despite such figures, the report authors wrote: “Violence is not inevitable.”
“This new data shows that violence against women is extremely common. We urgently need to invest in prevention to address the underlying causes of this global women’s health problem,” said Charlotte Watts.

“In the end, we will remember not the words of our enemies, but the silence of our friends.”
― Martin Luther King Jr.

I do believe we can do something for our world. The documentary referred to in the title (world peace and other 4th grade achievements) points to the same. A man invented the world peace game, that he used actively in his teaching. It’s a realistic game where kids must think of peaceful ways to achieve what they need, like water for their people and enough food. It’s fascinating to watch how the children engage in this game, almost as it REALLY is life or death. And in reality, for many people around the world, it is. No Better way to understand that than feeling the truth of it. I hope this can inspire people working with children or just give some hope to YOU. We are the ones who can change the world, and every step YOU take, is one step closer. 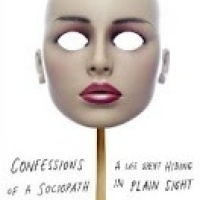 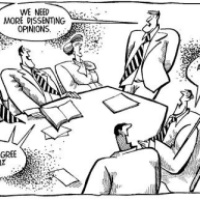